The crisis unfolding in the Mexican state of Michoacán is often stranger-than-fiction. Last year, a rag-tag group of avocado farmers and shopkeepers decided to raise arms against the brutal Knights Templars, a cult-like drug cartel who styles themselves after a medieval military order. In January, these civilian militias stepped up the pressure and began invading and occupying towns where the cartels operate one-at-a-time. A few weeks ago, the Mexican army stepped in and attempted to disarm the militias before things escalated further, but the militias refused to give up their weapons. Tensions have been high.

The militias are currently being led by a 55-year-old lime grower named Estanislao Beltrán, whose big white beard and short stature has earned him the nickname “Papa Smurf.” We reached Beltrán on the phone to hear why he decided to leave his farm and become a vigilante fighter. We also spoke with Mexican journalist Verónica Calderón, from the newspaper El País, to help us unpack the complex politics surrounding Michoacán. 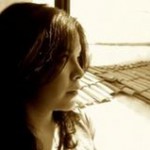 Verónica Calderón is a Mexico City-based reporter for the Spanish newspaper El País. She was raised in Michoacán.

One thought on “Michoacán 101: Inside The Civilian Militia Uprising”