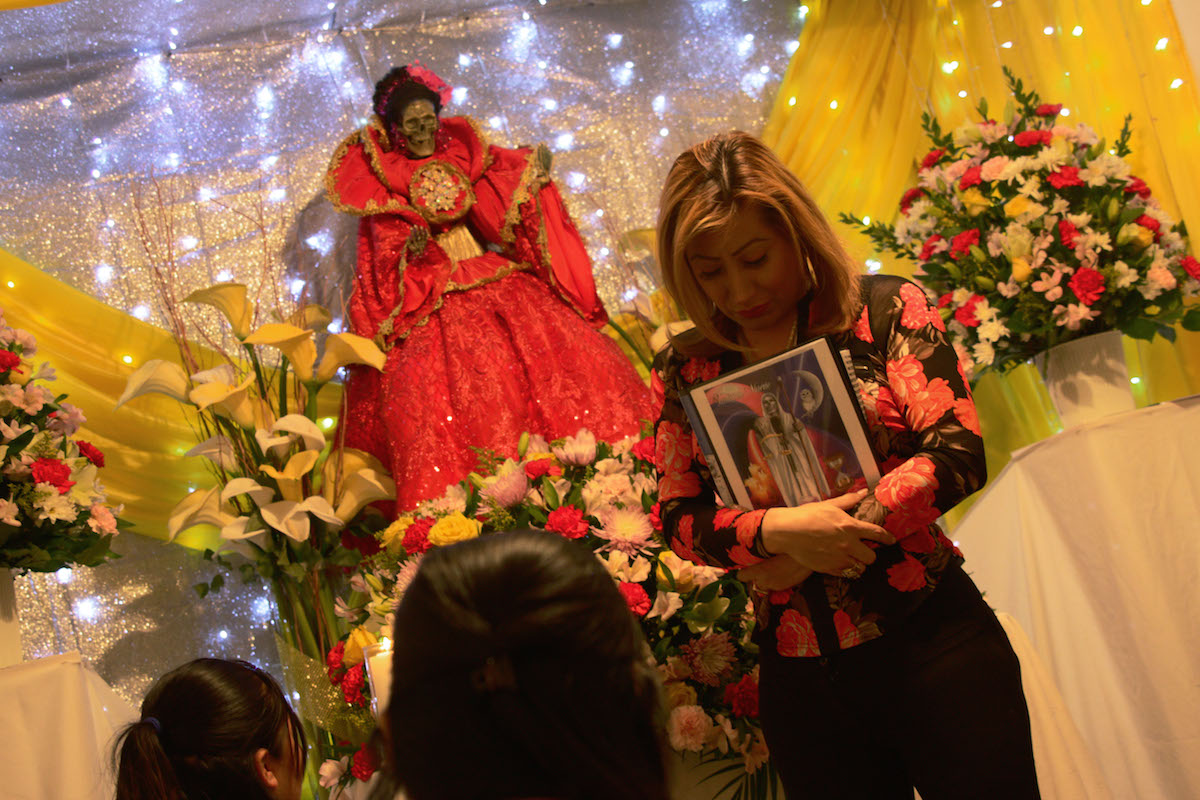 Devotion to The Holy Death, a folk saint with the face of a skull, is a religious movement growing in Mexico and Central America that is also represented in New York City.

An estimated 10 to 12 million followers are faithful to La Santa Muerte, according to Andrew Chesnut, but some in the media connect the saint with the criminal world.

Chesnut is a professor of religious studies at the Virginia Commonwealth University, and author of the book Devoted to Death: Santa Muerte the Skeleton Saint.

That’s why Arely Gonzalez is showing a different perspective of this belief by uniting family and friends in her apartment every month to worship the La Santa Muerte.

Gonzalez is a transgender woman from Mexico who never misses an opportunity to look her best during those ceremonies. She usually wears bright colors and an outfit that highlights her figure.

The three-foot statue of the Holy Death in her living room is dressed in a sparkling purple and fuchsia gown with a silver crown on her head. Gonzalez, 38, calls her statue flaquita, Spanish for “skinny,” to show her affection.

Gonzalez started to follow the saint more than a decade ago after she became ill with a pancreas infection. When she holds her prayers every month to worship La Santa Muerte in her Queens apartment, she serves dozens of people hot meals of mole, rice and tamales. She hopes to someday build a church in New York City dedicated to La Santa Muerte.