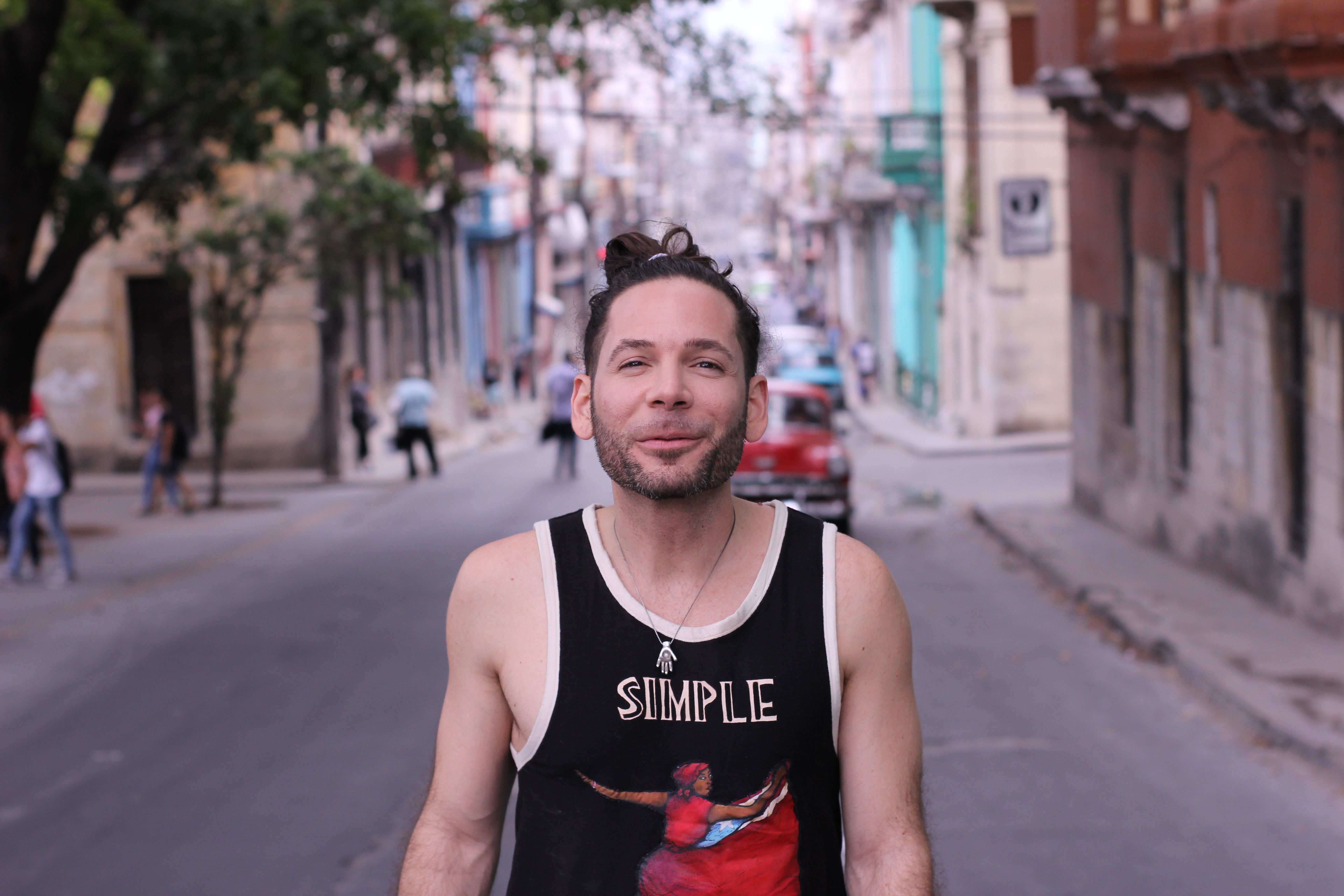 Henry Cole in Havana, Cuba. Courtesy of the artist.

Puerto Rico has a prodigious son, known today as one of the most acclaimed multiple Grammy-winning jazz drummers in the world: Henry Cole. Born in 1979 in Mayagüez, Puerto Rico, and raised in Añasco, Cole studied classical percussion at the Conservatorio de Música de Puerto Rico. Shortly after studying at Berklee College of Music in 1998, he rose to become one of the most recognized drummers on the island. He then moved to New York for a prestigious scholarship to attend the Manhattan School of Music and study with renowned jazz drummer and educator John Riley. Cole spoke with Latino USA about honoring Puerto Rico through jazz and folklore, and shared the exclusive trailer of his upcoming documentary, If We Are Related We Shall Meet, filmed by Pipo Exe in Havana, Cuba during the Havana World Music Festival.

“This year I was invited along with another musician, with the idea to hire the rest of the band in Cuba and participate in the festival,” he says.

He has left his fingerprints in the jazz scene as the leader of The Afro-Beat Collective, releasing his first album Roots Before Branches. Aside from mixing funk, R&B and jazz with Afro-Caribbean rhythms, he pumps Puerto Rican folklore, highlighting his own traditions.

Now working on his second and third albums simultaneously, Cole received a historic invitation to perform at the Havana World Music Festival and play with his new big band Villa Locura, while raising the voice of a rebuilding Puerto Rico.

Cole says that upon accepting the invitation, he made a point of bringing musicians from Puerto Rico.

“I accepted the invitation, but with the caveat of bringing a bigger band from Puerto Rico,” he says,  “We agreed and started working on fundraisers. We added a handful of Cuban musicians, including a pianist.”

The documentary depicts Henry Cole & Villa Locura’s visit to Havana for the first time to give three performances at the festival, the renowned cultural hotspot Fábrica del Arte Cubano, and finally an informal street performance in the Callejón de Hamel. The documentary explores the historical, musical and spiritual connection between Cuba and Puerto Rico.

Henry has been a great proponent of celebrating Puerto Rico through music. The moniker Villa Locura is a reflection of that. For his new project Simple, he explains, “The band for this new album is called Villa Locura which is the name of the barrio I grew up in, in Añasco, Puerto Rico.”

To him, the music in Simple is much more Puerto Rican. He explains that it is very cultural.

“It’s based on the Puerto Rican musician experience,” he says, “one that plays different genres to survive.” In New York Cole’s widely known as a jazz musician. Being a side musician for many artists including Miguel Zenón, he’s constantly playing their compositions, limiting his leadership role. His upcoming projects have him front and center.

“If I want to have a voice and do my own project, naturally I’ll gravitate to the formation of this big band, because in it I find all my life’s experiences as a musician… There’s the jazz element, the rock element, folklore and dance, and electronic music. All of this is my own voice and my personal take,” Cole states, describing his role as a composer.

As a result, he recently released his single “Diablo,” a remake with legendary Salsa singer, Tito Allen. The song was composed by Rafael Hernández, while living in Cuba. It was made popular by Ray Barretto in his 1973’s album Indestructible, featuring the same Tito Allen. “This would be the second version of this song with the same singer. The arrangement is slightly different, however. Having Tito Allen was cool for me; incredible singer and a wonderful human being.”

When it comes to his beloved Puerto Rico, he shares some words of wisdom.

“What I’d like to share with everyone is that we need more unity as people and as culture. It shouldn’t be everyone on their own going to help and creating their own thing. We should unite in culture and in solidarity,” he says. “The hurricane left a lot of emptiness, destruction and sadness. When these things happen, new opportunities arise. There’s a hunger to create more; there’s fertile ground to plant new seeds.”

“As a musician, I must say, in a moment where the island is in such delicate state, it looks like an opportunity for us to grow,” he told Latino USA.

Henry Cole is recording and producing two albums simultaneously, full of Puerto Rican folklore: bomba, plena, jíbara music and rumba. Simple will be released with Villa Locura and Estrella will be recorded in Puerto Rico with all-Puerto Rican musicians.