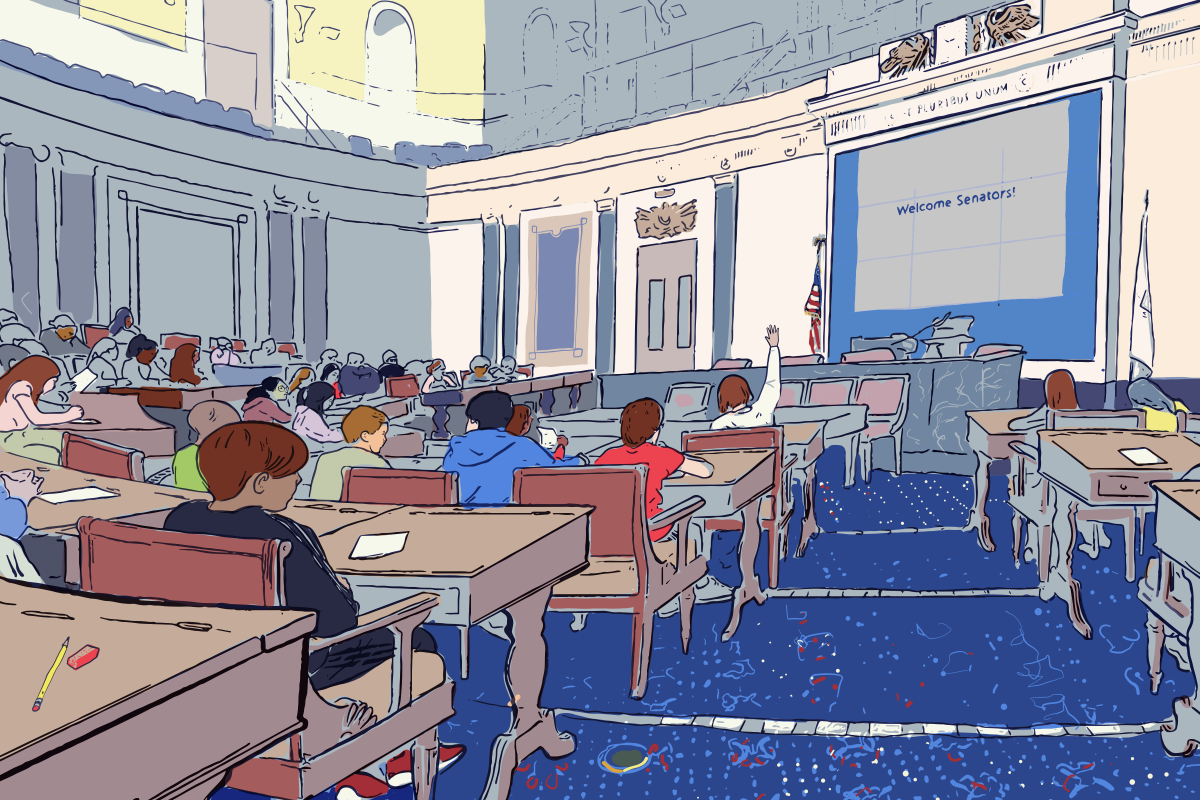 Today on Latino USA, we enter the U.S. Senate chambers and get to follow along as members of Congress tackle one of the nation’s most controversial issues: immigration. There’s just one twist—this Senate is comprised of nine and ten-year-olds who are currently 4th graders.

At the Edward M. Kennedy Institute in Boston, hands-on learning about civics is the name of the game. They have a full-scale replica of the real Senate chambers and they encourage visitors to become senators themselves: they give arguments, vote on bills, make compromises. The program that we follow today is called “Pathways to Citizenship” and it gives young students a chance to create a pathway to legalization for millions of undocumented people. It’s based off S.744, a 2013 Senate immigration bill that aimed to make this pathway a reality, but eventually died in the House.

Comprehensive immigration reform is something both sides of the aisle have been calling for, but our Congress hasn’t been able to pass. This week, Latino USA follows the mock senators to see—can they create that pathway to citizenship for millions, and do something that our government hasn’t been able to do for over 30 years?

One thought on “Immigration Reform (Now For Kids!)”