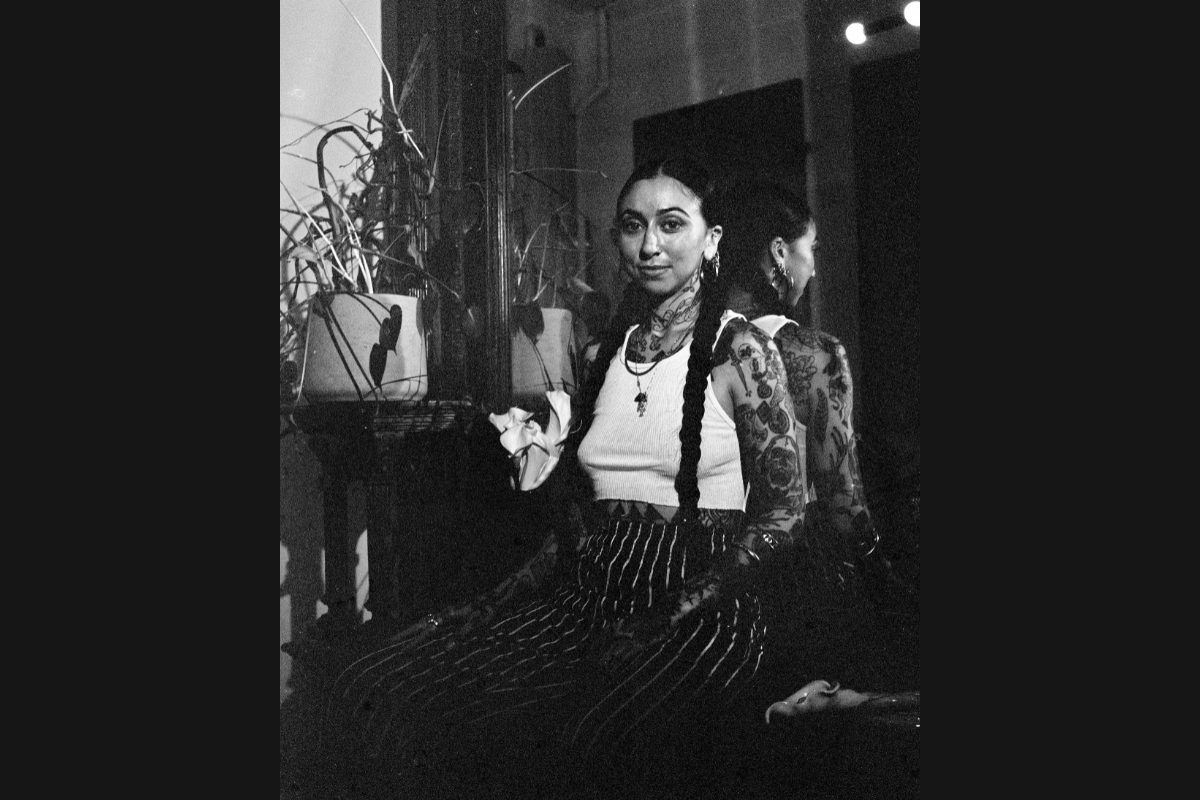 If you’re looking for a sign to go get that tattoo you’ve been dreaming of — well, this is it.

Tattoo and multimedia artist, writer, and oral historian Tamara Santibañez believes that tattooing can work for anyone who wants it. Working out of their studio in Brooklyn — and in other shops across New York City over their 13-year-long career — Tamara has inked clients with images and words that carry all sorts of personal meanings.

“Tattooing is so layered and tattooing is so complex,” Tamara said. “The work that I’m most excited about is really examining how different bodies are differently inscribed with meaning and how we can meet that and shift that and empower ourselves.”

In this episode of Latino USA, Tamara discusses their journey from printmaker to tattoo artist. They also dive into the histories behind the art form, their own relationship with tattooing, and the possibilities that lie when taking ink and needle to skin.

Tamara has worked with people who want to memorialize their family names, their histories, and the places they come from on their bodies. They’ve worked with clients who are processing heavy trauma from cancer and terminal illness, trafficking, abuse, and incarceration. They’ve also worked with people who just want tattoos because, well, they enjoy them — it’s an expression of their aesthetic preferences and personal choices at that time.

Tattooing has existed for thousands of years, and it has always been more than just a tool for artistic expression. Tamara’s 2021 book, “Could this be Magic? Tattooing as Liberation Work,” is a culmination of their work and a call to challenge popular misconceptions about body art and tattooing. Though sometimes considered taboo, Tamara believes that tattoos are a force for reclaiming one’s body.

“Tattooing can be transformative — a way to create a new version of yourself,” they write. “A tattoo can be a coping strategy, a manifesto, a bold declaration. Tattoos are armor.”

Originally from Athens, Georgia, Tamara moved to New York City for art school at age 18. Within a few years, they pivoted into the world of body art and tattooing.

“I had, like many punks, been doing a lot of homemade tattooing,” Tamara said, speaking to their DIY origins. “A lot of it is just practicing on skin. A lot of that is practicing on yourself.”

Tamara developed a specialty in black and white, fine-line tattooing, directly influenced by popular Chicano tattooing styles that originated within the prison system on the West Coast. Their Mexican-American heritage has been a foundational part of their tattooing practice, as has their involvement in counter-cultural punk scenes since they were a young teen. Tamara’s portfolio — and their body — are covered in images that are homages to both their cultural identity and their artistic communities.

Along with tattooing, Tamara is currently working as an oral historian. They’re enrolled in a graduate oral history program at Columbia University, and their work focuses on the legacy of tattooing within the prison system. Tamara has recently worked with the Rikers Public Memory Project to interview incarcerated individuals and collect testimonies about their experiences with tattoos and body art within the criminal justice system.