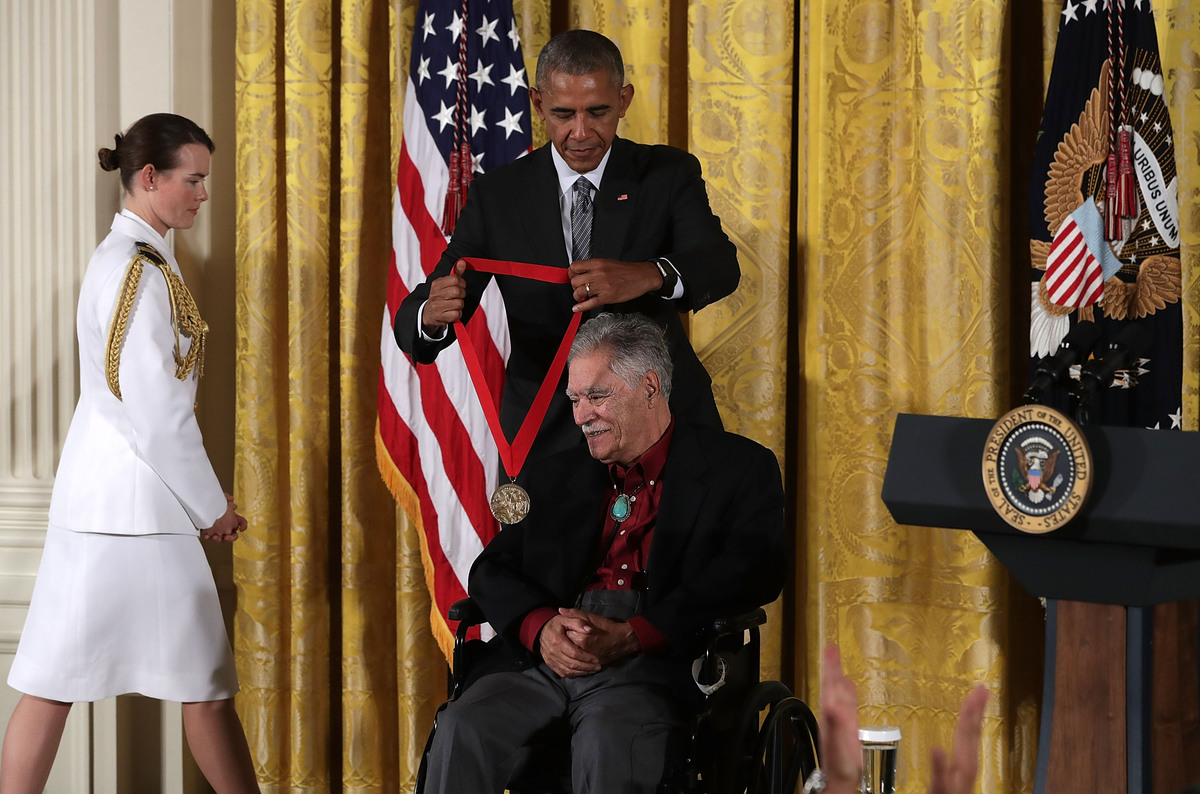 We celebrate the life of novelist Rudolfo Anaya, a giant of Chicano literature, who passed away on June 28, 2020 after a long illness.

Anaya is best known for his 1972 novel “Bless Me, Ultima.” It’s a coming-of-age story about a young Mexican American boy growing up in rural New Mexico, and his mentor, an older curandera named Ultima. The book draws on the state’s indigenous traditions and quickly became a classic of Chicano literature, inspiring generations of Chicano writers.

“Bless Me, Ultima” is still regularly assigned in high school English classes across the country, but over the years the book has also been banned by a number of school districts.

Anaya went on to write several other novels that explored Chicano identity, including “Heart of Aztlán” and “Tortuga.” President Barack Obama awarded him the National Humanities Medal in 2016.

In this episode of Latino USA we re-air a conversation between Maria Hinojosa and Ruldolfo Anaya from 2012. “Bless Me, Ultima” had recently been banned from several schools in Arizona as part of a nativist push to dismantle Mexican-American Studies programs. They discuss censorship, the importance of reading books from a variety of cultures, and the mix of Catholic and indigenous influences that shaped Anaya’s writing.