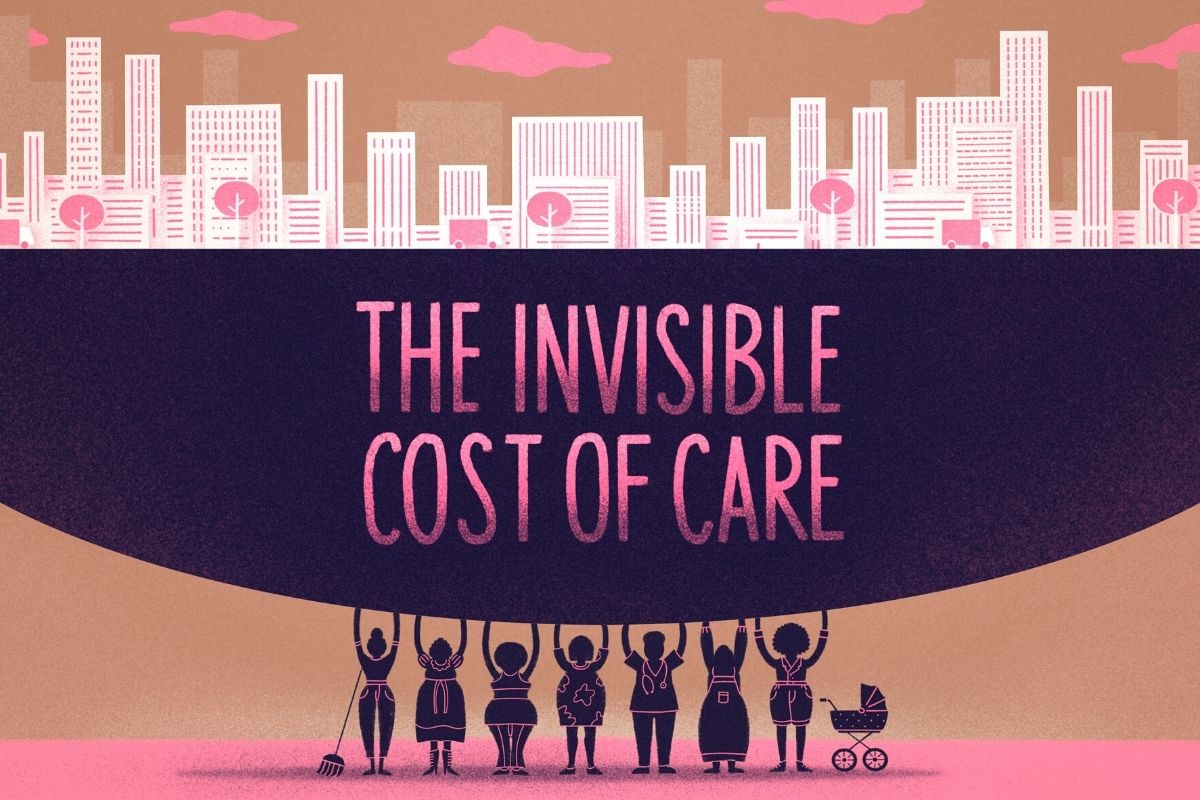 After years of working as a babysitter and house cleaner, Daniela Contreras found her true calling: helping domestic workers fight for their rights. But when her mother’s health declined in early 2020, Daniela had to quit her dream job to go back to the work she had been fighting to improve: caregiving.

A “Dreamer” who arrived in the U.S. from Mexico when she was 11, Daniela is the daughter of an undocumented live-in housekeeper who worked for a family with six children in Brooklyn. Growing up, Daniela would only see her mother Irene on Sundays for a few hours. Irene continued working as a housekeeper until Daniela became pregnant with her own child at 28. Their roles reversed, and Irene stayed home with the baby while Daniela became the breadwinner for the family. Daniela had to take care of other people’s children to provide for her daughter Mikaela.

During those years, Daniela switched jobs often because she would speak up when faced with abuse or exploitation. In her first job as a nanny, the father of the family she worked for sexually harassed her and she quit. She complained when pay was too low or she wasn’t compensated for overtime. “Many times they didn’t want to hire me because I was ‘problematic.’ Defending your rights, they call it being problematic,” Daniela says.

In 2016, Daniela found out about the National Domestic Workers Alliance (NDWA), an advocacy organization promoting the rights of domestic workers and started regularly attending their meetings. NDWA saw Daniela’s potential to help with community outreach and hired her as an organizer. “I was already used to being nobody in this country,” Daniela says. “They made me see that I am valuable.” In 2018, she started working full-time as a community organizer, helping other domestic workers become aware of their rights. Daniela loved her job as an organizer. She would get to the NDWA office around 9:30 a.m. and often leave close to midnight. “It was my passion because I had been in their shoes,” she says.

In early 2020, Irene’s health further deteriorated. Her liver stopped working and she urgently needed a liver transplant. At 66 years old, Irene needed full attention—she couldn’t walk, didn’t remember her children and grandchildren’s names, and needed dialysis treatment three days per week. Despite having lived in the U.S. for over 20 years, Irene was undocumented and didn’t have access to health insurance. Her medical expenses amounted to more than $2,500 a month. “She is my everything,” Daniela says about Irene. “Nothing else matters.” Daniela decided to leave NDWA to take care of her mother.

The social distancing measures put in place during the pandemic have exposed how vital —and hard— it is to take care of children, the elderly, sick, and disabled people. And if that wasn’t enough, families had to look after their own homes without any external help. It’s women who are bearing the heaviest burden of caregiving labor—especially Latinas.

Latinas are dropping out of the workforce at a higher rate than any other group during the pandemic to take care of their families and homes. Latinas are also overrepresented in paid caregiving and domestic work, and the covid-19 lockdowns left the majority of them out of work.

How essential is caregiving for a society to properly function? Is it in fact as vital as roads, bridges, and light posts? And should governments invest in caregiving the same way they invest in infrastructure?

In this episode, we dive into the high cost of caregiving labor for so many women, through the story of Daniela Contreras.

The reporting of this story was supported by the National Geographic Society’s Emergency Fund for Journalists.