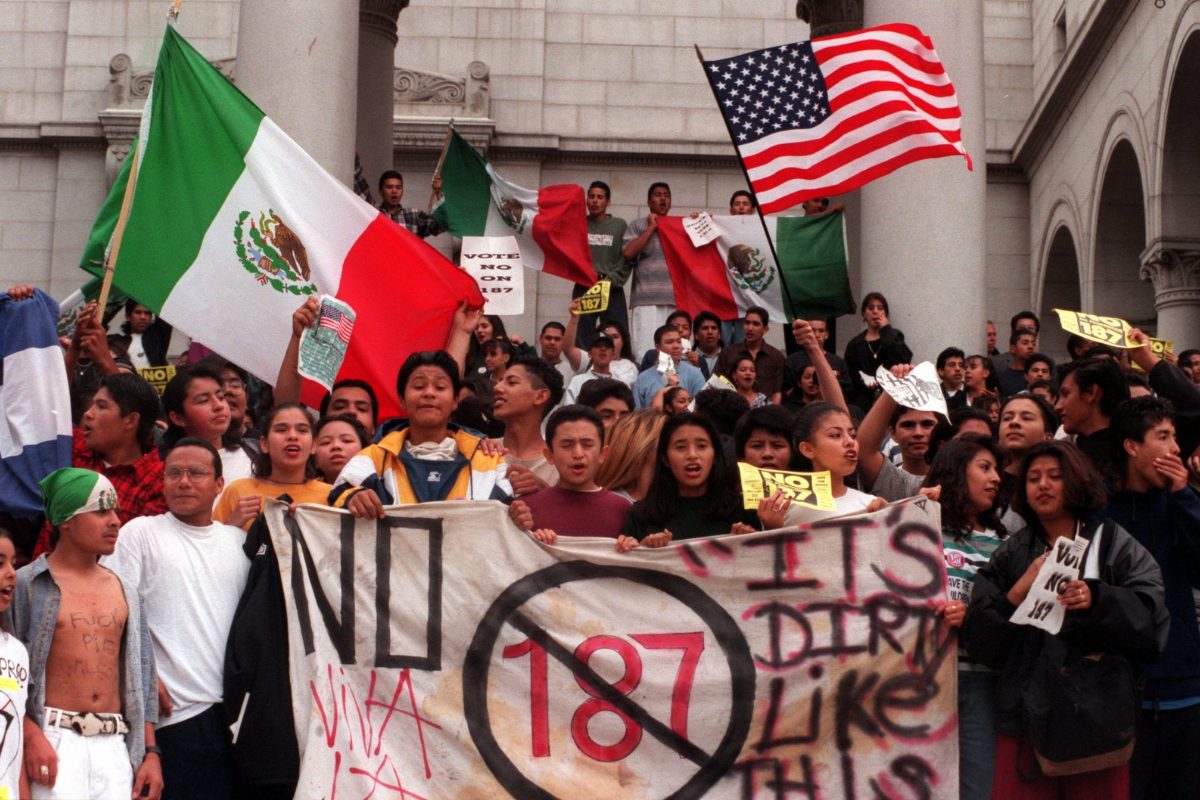 It’s 1993 in California. Dr. Dre and Ice Cube are on the radio. The state is struggling with a drought and a budget deficit.

Enter a group of mostly-white Orange County residents who are concerned about the rising number of people illegally crossing the U.S.-Mexico border. They decide to collect signatures to get a tough proposition on the California ballot that would deny undocumented families the ability to use social services, attend public schools or access non-emergency public health care. It was called Proposition 187.

Prop 187 dominated the ’94 election cycle in California. It sent shockwaves through Latino and immigrant communities. Undocumented people worried about what would happen to their children, and many Latinos who had been in the country for generations felt the proposition was racially motivated and would single them out for discrimination.

Pete Wilson, the Republican governor running for re-election that year, further stoked racial tensions with an incendiary ad that began with the words “they keep coming,” accompanied by the image of masses of shadowy figures running across the border. Activists organized marches and walk-outs in response. It soon escalated into one of the fiercest political fights California had seen for a generation.

In many ways, Proposition 187 was the first shot in the battle over immigration that is front-and-center in national politics today. Looking back 25 years later, many believe that Proposition 187 is responsible for turning California into the deep blue state it is today by mobilizing Latino voters against the Republican Party. So what does Prop 187’s story mean for the United States in the age of President Trump?

“The Battle of 187” is a three-part miniseries created by Futuro Studios and the Los Angeles Times, hosted by LA Times columnist Gustavo Arellano.

This episode was originally broadcast by Latino USA on November 1, 2019.