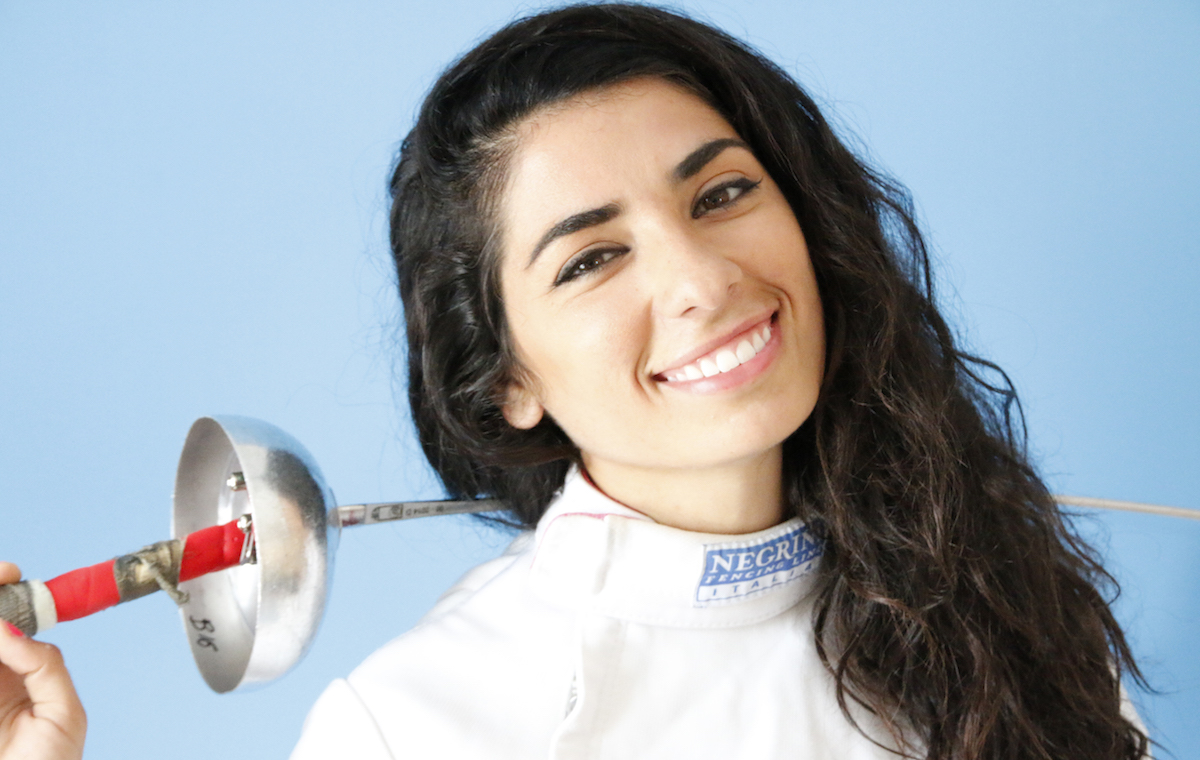 Natalie Vie was the first Latina on the U.S. fencing team at the last Olympic games and although she didn’t qualify for Rio this year, the word quitting is not in her vocabulary.

Natalie was born in California and grew up in Arizona, where she helped her Argentine mother take care of her four siblings. She was a dancer since and early age and didn’t start fencing until she was 18.

“I have kind of an obsessive personality and when I like something I take it on and I immerse myself in it and I loved fencing, I wanted to become a fencer,” she said.

In under two years, Natalie had won her first professional competition and since then she has been ranked among the top 100 fencers, at times as high as number 2 in the country.

As part of the U.S. Olympic Committee Community Development Program, she coaches and mentors youth throughout New York City. Natalie currently fences on the FIE Women’s Epee World Circuit for the U.S.A. team.

On top of being an athlete, Natalie is a dedicated yoga instructor who also writes poetry and creates art.

Natalie visited our studio in Harlem to talk about what it takes to win some, lose some and always keep training—no matter what.

One thought on “Meet Natalie Vie: The Latina Fencer Who Slays”