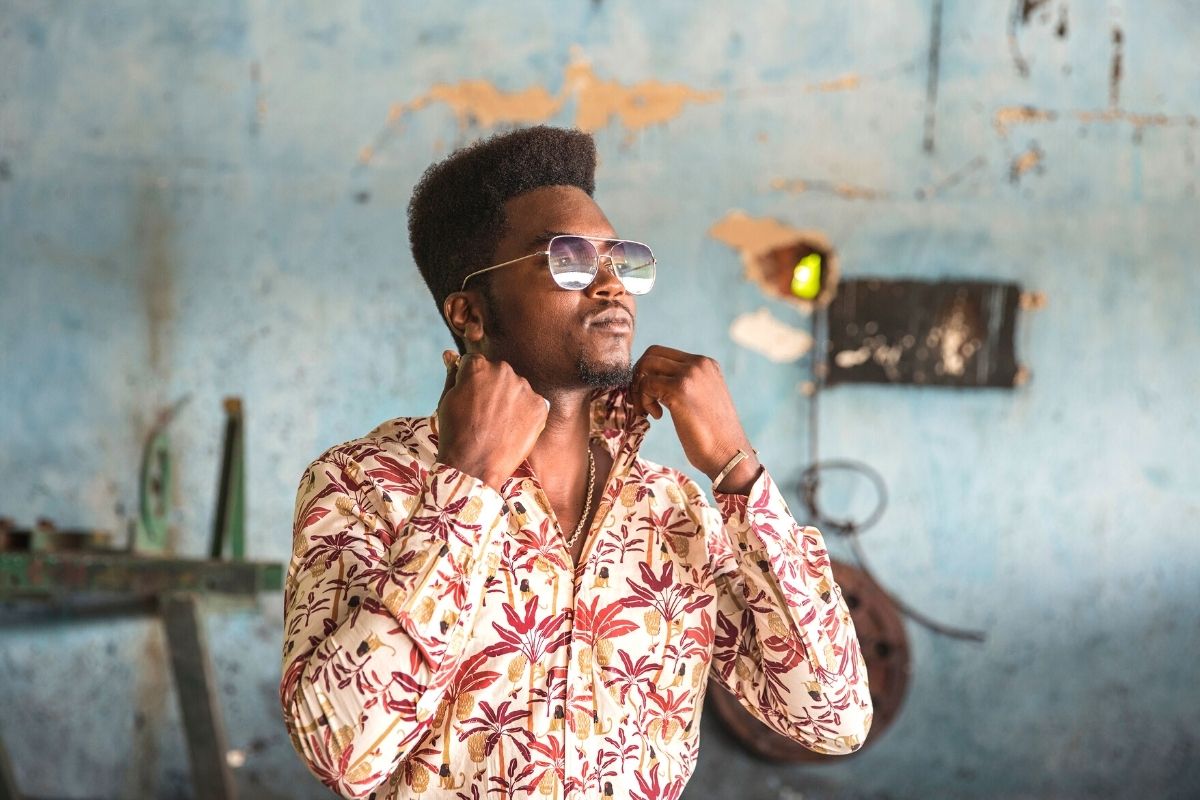 Hailing from Cuba’s countryside, in a city called Pinar del Río, Cimafunk grew up listening to his mom singing Michael Jackson at home, dancing to the sound of salsa at family parties, and popping in Lionel Richie and Stevie Wonder cassettes in his tío’s Russian-made car.

It was listening to this sound of funky pop and classic salsa at home that would influence the music he makes today—the bold blend of “Afro-Cuban Funk.” Innovative and creative, thirty-year-old singer and songwriter Cimafunk, or Erik Rodriguez, is building a new stage for Cuban music.

Nevertheless, music wasn’t always on Erik’s horizon. In a family of careerists, it was only expected that he would follow in their footsteps, and he did. But then, one day into his second year in medical school, Erik listened to James Brown’s “I Feel Good” and he realized that he was not going to heal people through medicine. His “terapia,” or “therapy” in Spanish, would be music, and the title of his debut album.

After a year as a solo artist, he and a band called Los Boys merged in 2018 to become Cimafunk, a name Rodriguez had already been using on stage. And just one year later, the band was named one of Billboard’s “Top 10 Latin Artists to Watch.”

In this “How I Made It” episode, the so-called “Cuban James Brown” talks about his transformation into Cimafunk and explains how someone who had never studied music before found the confidence to listen to himself and be listened to by others.