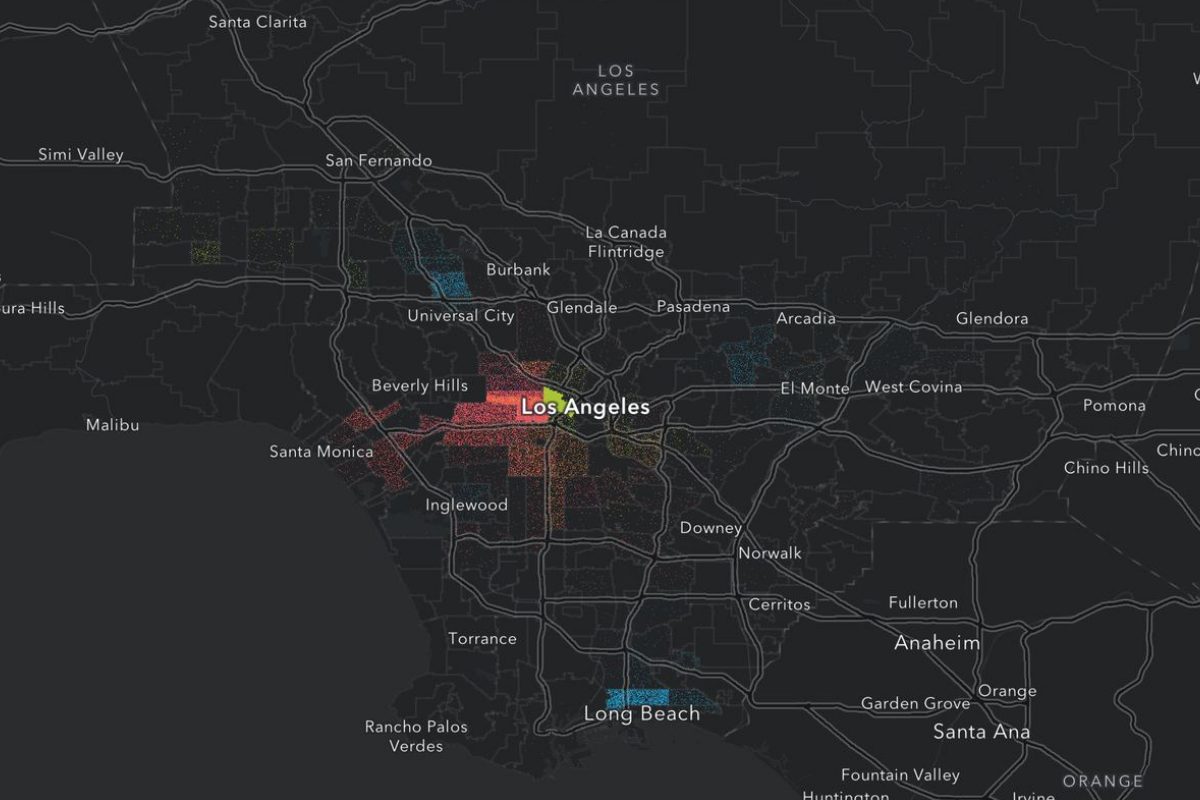 For years, the U.S. Census has undercounted Indigenous migrants, grouping them together under the label of “Hispanic” or “Latino.” This is a problem for communities whose first or most used language is not Spanish or English, but Zapotec, Chinantec, K’iché or any of the various Indigenous languages that can be heard in the streets of Los Angeles and across the country.

When the pandemic unfolded, the Indigenous, women-led organization Comunidades Indígenas en Liderazgo, or CIELO, saw that their community was once again being left behind. So, they got to work: they created a fund to distribute cash specifically among undocumented Indigenous people. The response they got from the community was so large, and they were connecting with so many people, that they saw an opportunity: since the federal government wasn’t counting speakers of Indigenous migrant languages, they decided to do it themselves.

Then, CIELO met with Mariah Tso, a Diné cartographer from the Navajo Nation who works at UCLA’s Ralph J. Bunche Center for African American Studies. Mariah converted all that data taken from the surveys into an interactive map that visualized the Indigenous language diversity of Los Angeles.

In this episode of Latino USA, Janet Martinez from CIELO and Mariah Tso, a Diné Cartographer from UCLA, tell us how they built the “We Are Here” map, and why visual representation of Indigenous migrant languages matters You will also hear samples of those Indigenous languages, which are spoken in L.A. today.

These are the translations of the clips in Indigenous languages you heard in the episode, in order of appearance:

• Sandra, speaking in Q’eqchi: “My name is Sandra. I’m from El Estor. I speak the Q’eqchi language, and my favorite word is ‘Chan Xawil,’ which means ‘How are you?’”

• Aurora, speaking in Akateko: “My name is Aurora. My father is from Santa Eulalia and my mother was born in San Miguel Acatan. I speak Akateko. The word ‘Sat Kan’ (Sky) has a beautiful meaning because ‘Sat Kan’ (‘Sat’ = face, ‘kan’ = serpent) is where the sun rises, where the rain falls from, where the clouds come from.”

• Antonia, speaking in K’iche’: “My name is Antonia Velásquez. I’m from Totonicpan, Guatemala. My language is K’iche’. The word I like to say the most is ‘I love you’, which means loving people who are your family and also those who aren’t.”

• Angel, shared this in Maya Yucateco: “My name is Angel, and the name of my hometown is Ka’ncab, Yucatan. I really like the Mayan word ‘Yabilah’, which means ‘love.’ Thank you for giving me this space and for listening to me.”

The ‘We Are Here’ map of Indigenous diaspora in Los Angeles is featured in the Mixpantli: Contemporary Echoes exhibit at the Los Angeles County Museum of Art. The exhibition showcases the works of contemporary artists and mapmakers that challenge dominant narratives about place and belonging.

One thought on “We Are Here: Mapping Indigenous Migrant Languages”